​About The Group:
Spank The Planks was formed in 1988 and is based in Bournemouth, Dorset. We specialise in Appalachian clog dancing which is a form of American folk dancing that originated in the Appalachian Mountains. The local people developed their own musical sound, playing mainly fiddles and banjos and complimenting the music with a percussive dancing style that used shuffles, taps and scuffs to keep time. The dancing was exciting - very fast and very loud - particularly exhilarating as it was usually done on wooden floors and veranda’s.
​If you would like to see Spank The Planks in action, book us for a gig or see us out and about at one of the events we’re performing at this year.

The Dancers:
Spank The Planks have developed a unique, electrifying dance style based on traditional Appalachian steps and incorporating other percussive forms of dance. The dancers wear shoes with taps and their stepping provides a rhythmic accompaniment to the music. The dancers' flying feet  provide a feast of exciting sights and sounds that audiences love. Routines and dances have been choreographed by our team members and are danced to traditional 'Old Timey' music played by our own Broken String Band.

The Band:
The Broken String Band are an integral part of Spank  The Planks and provide the live music to the performances. The band play traditional string music known as 'Old Timey', somewhat akin to bluegrass, on fiddles, banjo, guitar, mandolin and bass which together produce the electrifying Appalachian music originating from the mountains of North America.
​ 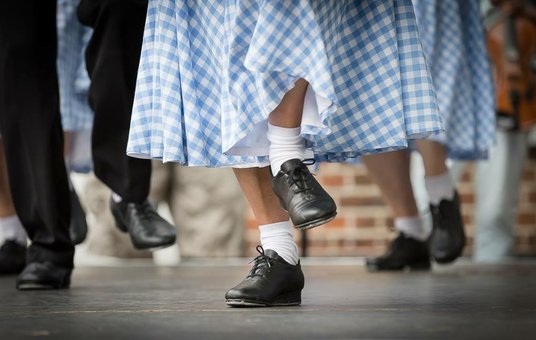